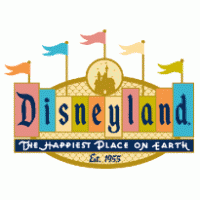 On March 14, 2020 Disneyland Park did the unprecedented by closing its doors to the public in the wake of the COVID 19 pandemic.  They did not open again until over a year later, on April 30, 2021, with a laundry list of restrictions, limitations, and changes which have continued to evolve since.  We missed our January 2021 yearly weekend in Disneyland, so we were eager to get on the band wagon for January of 2022.  While visiting the parks, it was evident that we were not the only Disney fans eager to return to the promised land.  Though not the worst I had ever seen on a weekend, the parks were full and the lines were a challenge.  It almost was the old Disneyland as we knew it, or was it???

When Disneyland reopened in the spring, it eliminated its over 20 year old Fast Pass system and for many months had no other option for riders but to queue in the stand by lines.  Slowly Disney advertising stared to reveal its plans for its new improved and rebranded "Lightning Lane" system under the new name Genie Plus, and on December 8, 2021 or thereabouts, the long awaited plan was launched. Now, to spell out the intricacies of this whole new system would probably require its own blog post, but if I had to describe it in as few words as possible...

Genie Plus is the old free Fast Pass system but now you pay for it.

Genie Plus is available for purchase the minute you walk in the park and is available to all ticket holders at any time of the day you should decide to add it.  It costs 20 dollars per person per day and purchase is an easy transaction from your phone.  Once purchased, you can choose your first "lightning lane" (that's the new name of the FP line) reservation from your phone which shows you all the times that are available for the rides within the system.  There are 12 rides at Disneyland Park and 7 that are on the system, so by no means is it every ride. You may only reserve each ride once per day. Many reservations are in the next minutes but others you have to wait a bit longer for.  If you can't make your reservation time, you can cancel it and book a different one.  For the most part, you can only hold one reservation at a time, so you do have to work the system a bit, to catch your favorites before they run out for the day (which they can, just like Fast Pass could) but not have to wait 5 hours for your next reservation.  When it is time for your reservation, you just scan your paper ticket or your phone at the lightning lane kiosk and off you go to your shortened wait time.

Here's the catch though, and it's a biggee. The highest demand rides, namely Rise of the Resistance in Disneyland and both Webslingers and Radiator Springs Racers in DCA are not included on the Genie plus upcharge.  In order to ride these rides with a Lightning Lane you have to pay another additional fee which apparently fluctuates by demand.  When we were there the upcharge for the DCA rides was 15$, for Rise, 20$.  It is possible to pay to ride these rides with a lightning lane WITHOUT purchasing Genie Plus for all the other rides.

Is Genie Plus worth it??

Well, there is no doubt that Genie Plus is a financial commitment.  Disneyland is already over $150 per adult per day with a Park Hopper ticket so you can see 20 additional dollars as just too much or not that big a deal.  On Saturday in the Disneyland park, we decided to watch how things were going. We rode three rides before at about 9:30 am as we stood in a long line for Dumbo, we caved and bought the Genie Plus add on as the lines throughout the park were inching to 45 minutes and beyond.  On Sunday, when we were hopping, we had always intended to purchase Genie plus and did as soon as we entered the park.

Yep, despite the $200 kick in the pants, for us this weekend it was worth it.  At no time did I feel like we wasted our money.

We did not purchase the extra lightning lanes for the excluded rides.  To compensate for this though we literally were at the Disneyland gates at 7:30am (8 am park opening) and all the way to the Adventureland rope by 7:40am Saturday morning and at the same spots respectively the following morning at DCA.  We waited about 18 minutes for Rise and maybe 25 for Webslingers.  Unfortunately, after Webslingers on Sunday we had to wait 60 minutes for Radiator Springs Racers, the longest line the entire weekend.  At no time later in the days did the standby cues become less than 90 minutes for these rides throughout the weekend.  If you were not purchasing the Lightning Lane for these rides, it was the rope drop run or nothing.  We did not get on any of these rides a second time.

Did I get this far in this post without mentioning our old friend, COVID 19?  Well, here it is, high time to mention it.

OK-really the limitations are few, but it is worth it to be aware of them.

Once you buy your ticket you have to make a park reservation, in others words, you must declare which park you will visit (or start in, if you have a Park Hopper) on each day.  If you are park hopping, you cannot change parks until 1pm.  Though I wanted to buy tickets closer to the date, I did not feel comfortable doing this less than 30 days in advance.

There are no character meet and greets.  No hugging Cinderella.  They just wave from about 10 feet away.  I just read that this is what is happening similarly at character dining venues, such as Goofy's Kitchen. 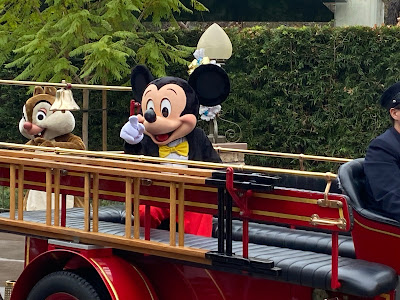 Masks are required indoors, period.  And they are pretty strict about it. It wasn't warm, but if it had been, I don't think I would have liked it.  The mask requirement also messes up most of your ride photo opportunities, like on Space Mountain. 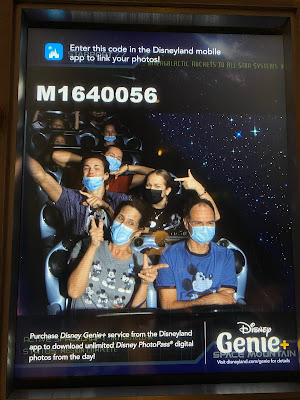 You see what I mean about the
messed up photo opportunities?

No night shows like Fantasmic and World of Color, but somehow the quirky Mickey's Mix Magic (which my kids say is like Disney Rave) is still shown nightly, with fireworks on select nights. Parades if you can call them that are really abbreviated.

Not sure if they are limiting capacity in restaurants, but some places are impossible to get.  After they cancelled my 2pm reservation at the coveted Oga's Cantina which I got up at 4 am to make, I was able to get 10pm, which actually was a fun way to end the day.

There is no plexiglass, no social distancing, no empty seats on rides, no wiping and rewiping, no vaccine requirements.  Thank God for all of this.

Well, thank goodness there is more that is new than just an expensive FastPass system! There are four rides that are either new or have been renovated. 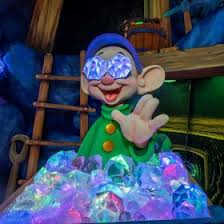 Snow White's Scary Adventures (est.1955 on opening day) has undergone a renovation and has a new name, "Snow White's Enchanted Wish." And guess what?  As the name suggests, the ride isn't scary anymore!  The new ride has a lot of technological advance, not to mention a nice colorful facelift.  The witch is still there, I mean, she is kinda vital to the story, but the lightning and the terrifying forest are replaced by bright gems and lively music.  The story makes more sense now, it doesn't just go from the witch to and they lived happily ever after.  All in all, nice changes.

The same cannot be said for the Jungle Cruise which quite frankly now is just annoying.  Disney just needs to leave well enough alone.  The changes to the Jungle Cruise echo the lame attempts of Disney to make Pirates of the Caribbean a politically sensitive ride.  In this case, they took the headhunters/indigenous people out and replaced them with a bunch of chimps.  I swear the ride is all monkeys now.  Apparently there is some new back story-but under that mask the guide wore I couldn't hear a gosh darned thing.  All in all, lame changes.

The Rise of the Resistance opened about a week after we were in Disneyland in 2020.  This ride is a completely immersive Star Wars experience which has your rebel transport sucked by a tractor beam onto an Imperial cruiser.  All the characters are there-Rey, Poe, Finn.  It's a good time.  The only problems with this ride are its distance from the main hub and the wait times.  I would have loved to ride it again, but it was not to be. 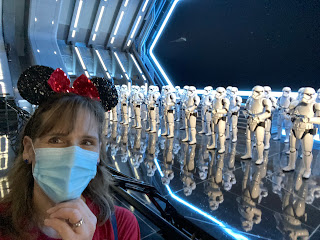 Me and the stormtroopers on
Rise of the Resistance

Webslingers at DCA which opened in July 2021 however is pretty lame and not worth it. Read all the Google reviews on this one and it will just about sum things up.  Radiator Springs Racers is so creative and fun.  This ride just left me frustrated.  It's like a bad arcade game that leaves you with sore arms.  I was against the wall and it was nerve wracking how much worse I did than my family in the center chairs.

If you have to run to one, maybe this is one you run to because the Cars ride is so much better, you don't mind waiting longer.

IS THE MAGIC BACK?

Disneyland is always magic.  The magic can be annoying, but it's there. 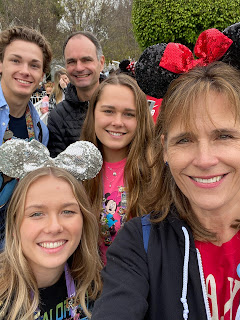 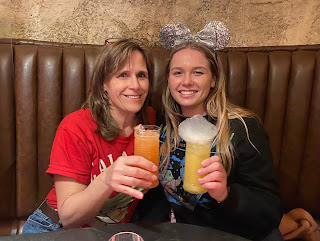 Oga's Cantina is a hot reservation 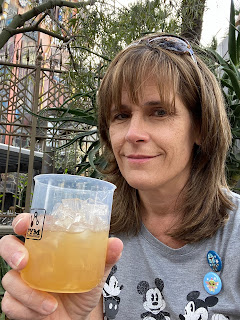 I didn't write about PYM's Test Lab,
but it is a MUST stop!
Trying to recreate "Honey Fusion" at home.