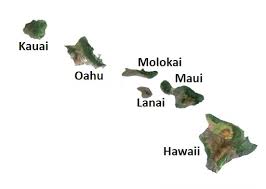 Throughout the COVID 19 pandemic, the beloved vacation destination Hawaiian islands caused frustration for would be tourists.  In the first days of the pandemic, Hawaiian governor David Ige subjected all travelers from the mainland as well as from other Hawaiian islands to a mandatory 14 day quarantine (at your expense my friends) once arriving on the islands.  This decree was promised to be lifted by June 30th initially but was cruelly extended over and over, thwarting the summer plans of hopeful visitors.  It wasn't until October 15th that a plan was enacted by which a visitor to Hawaii could present a negative COVID test taken within 72 hours of arrival on the islands to avoid the quarantine.  Within a month this was changed to within 72 hours of departure, but the results had to be uploaded to a special site and then an approval was generated by the site and sent to you by email.  Also within a month the mayor of the county of Kauai requested that visitors to this island still be required to quarantine, a request Ige approved.  This nonsense went on another arduous seven months, until at long last, Hawaii announced that as of July 8, 2021, fully vaccinated individuals could travel to Hawaii (all islands, at some point Kauai got on board) with proof of vaccination, also uploaded to the Hawaii Safe Travels sight, in pdf form to be sure, and approval from said site.  Today, nearly 18 months after the onset of the pandemic, you still cannot travel to Hawaii without restrictions, but it is easier.  Frankly, I do not think the Hawaiian tourist industry could survive another summer like 2020.  It has been stated that once a certain percentage of Hawaiian residents are vaccinated, the restrictions could be lifted altogether, but poor Hawaii is not getting closer to this goal with any speed.

We cancelled out trip last summer and sat in wait to see the restrictions in Hawaii finally lift.  We all scheduled our COVID tests we didn't have to take. We uploaded our vaccine cards and were ready to go back to the Hawaii we had known and loved all these years.  Well, not so fast.  It's different now.  Hawaii is still in pandemic mode, so there are a few things you should be aware of before you head out to the islands.

Right now the first thing you have to book once you have decided on your dates is your rental car. You have to have a car on the islands, there is just no getting around it! There is a nationwide shortage of rental cars which is particularly bad on the Hawaiian islands.  All the major carriers sold off large portions of their fleets and have yet to be able to rebuild at the rate of customer demand.  This has led to prices at least double that of previous years.  It is not unheard of to hear about people renting Uhaul trucks to get around on the islands, though many just have to settle with more (or less) car than they need.  On Kauai fate delivered this huge Ford Expedition.  Gotta confess, nice to stretch out.  All told we spent about 1200 on the rental car for 12 days, but I think we were lucky.  It is easy to book a car and then cancel it if need be, as most rental companies do not require payment in advance, so just do it and get it over with.

GOOD LUCK WITH THAT DINNER RESERVATION: 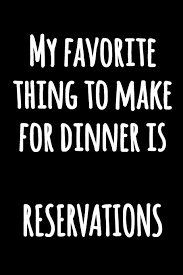 Yea and while we are talking about reserving things, good luck making that dinner reservation.  Many restaurants on the islands we visited were not operating at capacity, had significantly reduced hours, or were just plain closed.  Though this week (August 15) Hawaii tightened its restrictions on restaurants, bars and indoor gatherings, I believe when we were there capacity was at 75%.  However, many restaurants claimed that they could not open more tables because they were just understaffed, creating long waits and an underavailability of seating.  Many businesses claimed that it was difficult to get people to work, either because of the generosity of unemployment benefits and eviction moratoriums, or just simply because young adults who came to Hawaii for an adventure had to return to the mainland when the work opportunities dried up on the islands.

That's food. Should mention that retail sales not going much better.  The happening upscale Kikuiula Shopping Village is shut down by 7 pm.  Shops at Kilohana closed earlier.  There was no Hanapepe art night and stores there such as the beloved Talk Story Bookstore and the Banana Patch Studio closed early-like 4 pm--or at least earlier than we could get to them.  Banana Patch was closed Saturday and Sunday.

And watch websites for activity hours too.  Kauai Mini Golf was only open Friday Saturday and Sunday.  Koloa Rum Company was closed Sunday and Monday and the last tasting was at four.

Gotta say, for a family that spends all day outdoors and returns to the room by 5 to get ready for a night of strolling and relaxed eating, these early closures were a mess.  It was more like hurry up and shower because such and such place is going to close in 5 minutes. 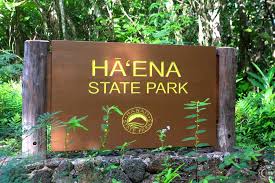 On Kauai you now must pay a day use parking fee and a day use entrance fee per person for Kokee State park, but this does not need to be done in advance.  The price to park is $10 for a non-commercial vehicle and $5 per person in your car, plus tax.  Though I seem to remember getting some kind of ticket to put on the dashboard, the per person fee seems to be pretty much on the honors system.  None the less, we were honorable and paid a bit over $36 to park and hike in Kokee.

On the other side of the island, it cost us over 50$ to park at and enter Haena State Park (why you would want to park and somehow not enter is unbeknownst to me).  Now granted, Haena State Park used to be a zoo, no joke.  People crammed into unmarked potholed parking spaces that generally filled by 8 am.  The latecomers would park illegally on both sides of the road and then walk down the middle of the highway, heavy laden with chairs, coolers, .....and children.  It was a meter maid's paradise..don't even get me started on the tow truck driver!

Anyway, that's all gone now.  Kauai took advantage of a north shore 2018 landslide and flooding that virtually ended north shore access to make a few changes down there at Haena.   There are now 75 parking spaces available at Haena (25 additional are reserved for locals).  You have to pay an entry fee per person plus a parking fee for a designated time slot, basically morning, afternoon or sunset.  If ya think your activity, say like, walking 8 miles on the Kalalau trail, might take longer than the morning slot allows you, you need to reserve the afternoon slot too.  There is a cheerful lady there bright and early (the first parking slot opens at 6:30 am) to make sure you have a QR code printed out. Reservations can be made 30 days in advance.  The website makes this pretty friendly but you'd better hurry.  Reservations open at midnight on the dot 30 days in advance, which most painfully is 3am in California.  The first morning I didn't have my fastest fingers and missed the boat, as the passes were gone by 3:03am, no kidding.  I was faster the next bleary eyed morning and got the passes.

If you miss out on the parking the North Shore Shuttle began operation on July 11.  The shuttle carts visitors from a point a little beyond Hanalei (the Waipa Park and Ride to be exact) to the Haena parking lot.  $35 round trip for one person which includes entry. Sooooo, basically my way $50 for five people, that way $175, a substantial difference.

Now regardless if you take the shuttle OR decide to get up in the middle of the night to reserve your parking, you still have to coordinate getting over the Hanalei Bridge which on weekdays is only open (an one lane at a time at that) 5:30 to 7:45 am, 1 to 2:30pm and 5:30 to 11pm because of the road repairs and construction at the site of the aforementioned landslide.  Saturdays are different.  Sundays and holidays it's open all day.  Oh, and Wednesdays during the school year are different.  Oy.

Getting the picture when I say we are not quite wide open??

One thing ya gotta remember is that in Hawaii you still have to wear a mask indoors.  In Hawaii's humid environment and frequently open air retail, this is very uncomfortable.  It deterred me from shopping for sure. 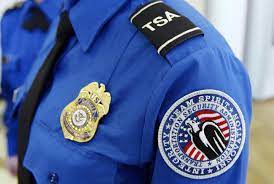 And OMG the airport.  Remember that thing where businesses can't get people to work? Well, this applies to TSA apparently as well.  We dutifully arrived at the Lihue, Kauai airport for our interisland flight over one hour before our flight left and lined up for security.  There were three security checkpoints and each one progressed an an insufferable snail's pace.  Each person was checked and rechecked by the same two staff members, every single person with their several pieces of carry on luggage, loading and unloading and unpacking and repacking and taking off shoes and jackets and hats and jewelry.  There was no mercy whatsoever for anyone whose flight might be boarding.  By the time we arrived at our gate, my shoes in one hand and my boarding pass in the other, our flight bound for Maui was on the tarmac.

We had learned our lesson when boarding our flight from Maui to the mainland and arrived at the airport over two and a half hours before our flight.  Security took an hour and wrapped around the entire airport to the baggage claim area.  It was a long walk to the gate and we only arrived a few minutes before our flight boarded.

Was Hawaii fabulous?  Yes.  Can I wait to go again?  No.  So was all the hassle worth it?  Yes it was.  Everything about Hawaii makes it all worth it.

Thank you for reading this post.  And now for some pictures to remind you how beautiful this place is!! 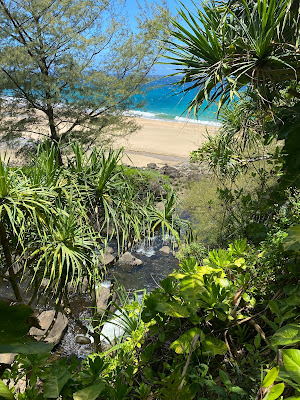 Hanakapiai Beach from the Kalalau Trail 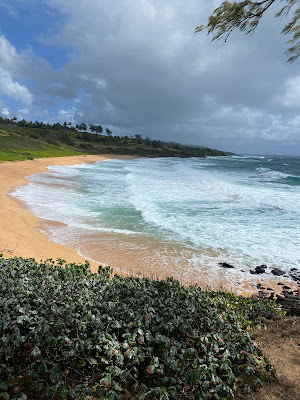 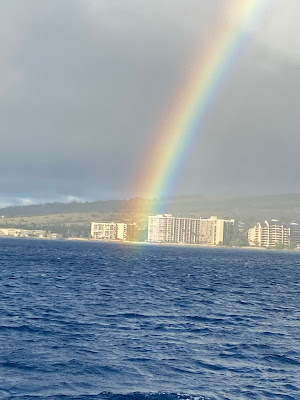 Off the Kaanapali Shore

Posted by Go Family Mom at 8:49 PM No comments: