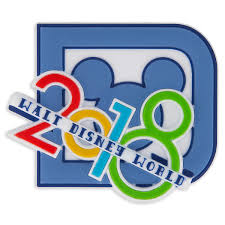 Well, it has been a long time since a blog entry has been posted.  It's not been that I didn't have anything to write about, it's much more that a just didn't have time to complete an entry start to finish, but let's see if I can crank this out.
It came up early in the school year that we would be able to travel during spring break this year.  As Craig and I were about to turn 50, and wanted some way to blow a wad with our family in celebration, it was quickly determined that we were going back to Disney World.
The last time we were there was just over two years ago, but in that time in true Disney fashion a lot had changed and was new to experience.  Most was great, with only a few disappointing exceptions.

Of course, when Disney goers talk about what's "new", they are most often referring to the biggest, most thrilling, and most innovative new rides.  Well, at present they are at Animal Kingdom, both within the the brand new Pandora: Land of Avatar, which opened May 27 of last year.
The more popular of the two is "Flight of Passage" which is by far the most technologically advanced ride of any currently in the Disney Parks.  The ride mimics riding a Banshee through the land of Avatar via use of VR and other effects.  It is almost like a combination of  Star Tours and Soarin', though more beautiful and more thrilling than both these rides.  I came out smiling so widely that I practically split my head open.
I am not the only one that feels this way.  Everyone seems to know how great Flight of Passage is, making this ride wildly popular.  As we were not staying at a Disney property, we were unable to get FastPasses for this ride.  If ya don't have one and you want to ride this is pretty much how it's going to look.  We arrived at Animal Kingdom at 803 am, just about one hour before the park opened.  Within minute the turnstiles opened and we proceeded promptly toward Pandora where we were stopped by cast members behind a large crowd ahead of us.
THIRTY minutes prior to park opening the crowd was escorted to the ride and a queue was formed by cast members.  The queue area is extensive and themed in detail.  I would say we were on the ride within 25 minutes, but by 920 am the wait time was 210 minutes---3.5 hours! The line never dropped below 90 minutes.  My daughter was dying to ride it again.  It never happened.
The other new ride is the Na'vi River Journey.  This family friendly ride is less popular, though still never got to less than a 60 minute wait.  I was able to FastPass this ride, but had to wait until mid-afternoon to ride.  The ride is a 4 minute float down the Na'vi River.  It doesn't really do anything, but it is still well themed and makes great use of light, music, color, projections and animatronics--so I thought it was enjoyable.
Even without the rides, Pandora is a must see, especially at night when little by little , as the sun drops down, the land, including the ground, begins to glow, actually, to luminesce.
Animal Kingdom is open at night now, previously having only been open until 5 or so.  There is now a night show over the rivers of Asia titled, "Rivers of Light," but we were out of energy and didn't stay to see it.

MAGIC KINGDOM:
We DID stay to see the new fireworks at Magic Kingdom. On May 12 of last year, "Happily Ever After" ended the seemingly eternal run of "Wishes," which my children had memorized.  This show was so over the top fabulous that we saw it 3 times, twice from right under Cinderella's castle (once during rain) and once from the beach at the Polynesian following dinner.  The show was completely superlative, like nothing I had veer seen before, a mesmerizing combination of perfectly choreographed fireworks, colorful projections onto the castle, and music from every Disney film imaginable, including a lot of the newer favorites like Frozen, Tangled, and Moana.
Position is critical to enjoying this show, because the projections on the castle produce so much of the effect.  We were not there during peak season, so we were amazed at the ability to just walk up and grab a spot right in the middle of the hub just 20 minutes before the show.  I would imagine this is not the case during busy times, so get there early!

Let's face it.  From the day of its opening (1973 in WDW), Pirates of the Caribbean has never been what I would call a politically correct ride full of strong heroes and moral messages.  For goodness sake, it's about PIRATES, and PIRATES are generally not upstanding citizens!  In one iconic scene, a row of women, roped together, some of them crying, are being auctioned off, aka sold, into a life of bridal slavery.  As your little boat floats on, the next scene used to show these same poor women being chased through the inn by the men with the goal of  bedding them against their wishes.  Wow, Walt! Nice work! The scene was made more livable in 1997 when a refurbishment altered the scene to show the women carrying food, so at least they weren't chasing them for sex anymore. Well, now at Magic Kingdom and coming I hear to a Disneyland near you, the bride auction has been removed.  Now it's just a regular auction of the pirate's loot, causing a collective groan from Disney traditionalists.  People are lined up selling hens and portraits and other stupid stuff.  The chase scene following still exists but now it really makes no sense.  The pirates still go on to burn up the city and brag about it in the little ditty you will know your entire life, "we pillage and plunder and rifle and loot...and don't give a hoot."  Nice try, guys.  Even without the "wench auction," your ride still glorifies crime.  Apparently these new reformed nice pirates don't disrespect women, but they still "maraud, embezzle, and even hijack."

I said this two years ago and I'll say this again, Epcot is in bad need of a facelift.  Vacant pavilions and boarded up entrances already exist where tired attractions went to die (case in point--Ellen's Energy Adventure), but so many outdated attractions still remain.  The films in Canada, China, France, and in Living with the Land are so outdated the featured populations all look like they could have appeared on Three's Company.  And don't ever drag me onto that Journey into Imagination with Figment again---that journey into imagination is more like popping LSD.
Well, in some effort to spruce things up, Epcot has introduced 3 ride "layovers" that either replaced old rides or made an attempt to improve old ones.
The first of these three is "Frozen Ever After," a dark boat ride which replaced the worn out viking tale "Maelstrom" in the land of Norway.  "Frozen Ever After" opened on June 2016 and is Epcot's newest attraction, but its lack of thrill factor and its semi distant location within the World Showcase keep the crowds somewhat reasonable.  The ride is a sweet re-tell of Anna and Elsa's adventures.  We liked it and rode it twice, both times with a FastPass.  It's a big improvement on what was there.  Epcot really needed to bring some "kid factor" to the World Showcase, and with "Frozen Ever After, " Disney succeeds.
Soarin' Over California was revamped and released as Soarin' Around the World in June 2016 (seems to be a popular date..) We used to LOVE this ride.  I actually used to say this was my favorite of all Disney rides, but the CGI effects in the new version have kind of killed it for me.  Many of the images now, like elephants running under Kilimanjaro (which strongly smell like grass, not elephants) look really fake.  Another huge yuck is that if you are not sitting in the center bay (aka Bravo), the tall images, like the Eiffel Tower and the Taj Mahal are NOTICEABLY distorted.  C'mon Disney!  Anyway, one nice bit is that the last scene is actually Epcot, not Tinkerbell flying over Disneyland like it was before.
Lastly, Mission: Space has "relaunched" its Green version.  Now you don't go to Mars, you just circle the earth.  It's like Soarin' Around the World but higher up.  It's stupid and boring and I let my second Fastpass for this ride actually expire.  I had no interest in riding it again.

This park is being given a bad rap these days because of all the construction going on.  Recently, DHS has said goodbye to "The Great Movie Ride", "Light, Camera, Action" and the extreme stunt show to make way for huge changes, including Toy Story Land, which will open June 30 of this year, and Galaxy's Edge, a full scale Star Wars Land which will open sometime in 2019.
The kids thought we would be bored in this park and thought we would be out of things to do quickly, but we stayed busy until about 5 and then returned only about 2 hours later for Fantasmic and fireworks.
DHS is quickly becoming THE park for Star Wars junkies, and as they wait impatiently for the opening of Galaxy's Edge, DHS has come up with some simple but fun and creative entertainment to hold over those of us that just can't get enough.
About 7 times a day on the hour, in grand Imperial fashion and to a grand imperial soundtrack, Captain Phasma and her band of First Order stormtroopers make their way down Hollywood Boulevard, pausing to check out bystanders before proceeding to Center Stage where they continue to intimidate in a short production before they March on down the street again.  The March of the First Order is both cool and hilarious and I tried to catch glimpses of the event several times during the day as we passed by on our way to other things.
For those of us that can't resist a Star Wars film montage, the "Star Wars:  A Galaxy Far, Far Away" is a 15 minute must see.  Film clips from all 9 Star Wars movies are shown on three large screens while our buddies C3PO, R2-D2, Chewbacca, Darth Vader, BB8, and Kylo Ren take their turns appearing on Center Stage.
At 9:15pm following Fantasmic, all Star Wars fans will want to return to the same three screens to watch "Star Wars:  A Galactic Spectacular, " Hollywood Studios night show featuring a combo of projections, film clips, music, and fire.  It's awesome, and even better, EASY to get a great spot far up Hollywood Boulevard to watch.

Well, I could write more, but this seems like enough for now! Not headed anywhere for a while but I'll try to post when I do!
Thank you for reading this post!
Here are a few more pictures!!  Family Selfies in every park! 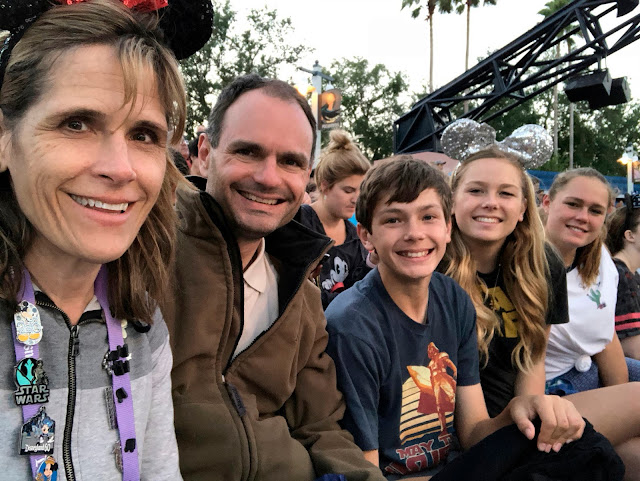 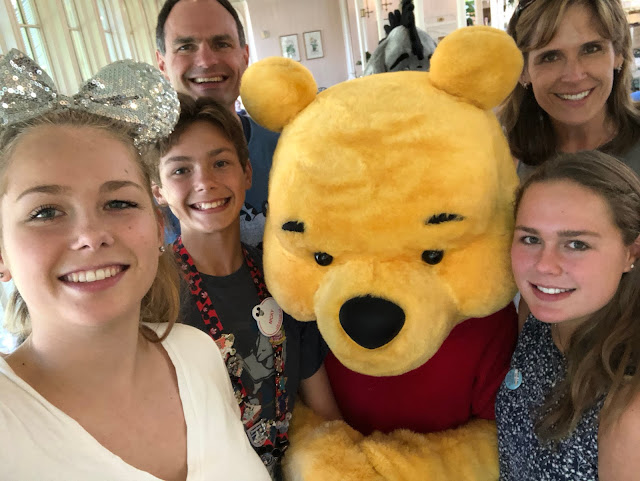 At Crystal Palace celebrating with Pooh 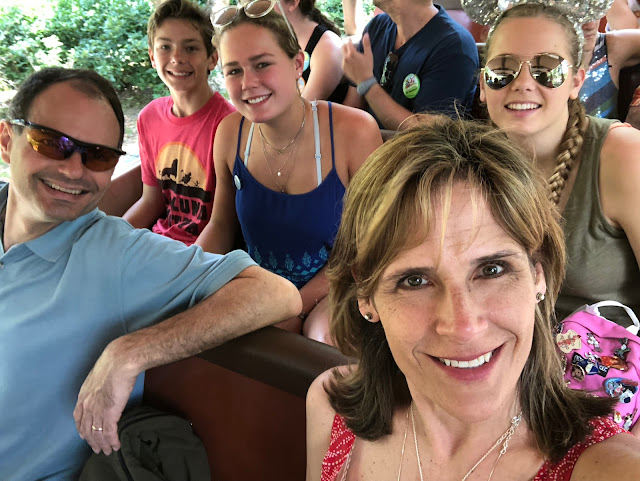 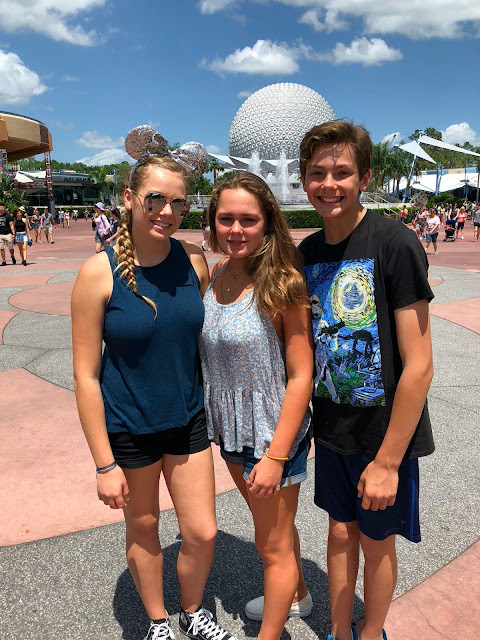 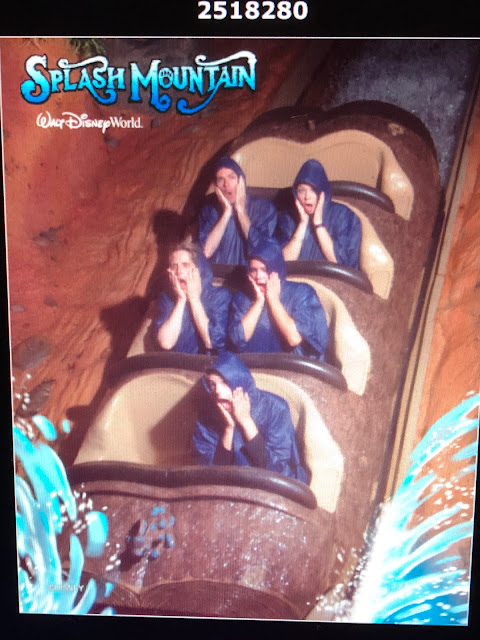 Just threw this in cuz it's so funny
I swear the best part of Splash Mountain
is posing for the picture!